Director of Consulting Doug Howard teamed up with Creative Spaces Remodeling President John Johnson to push through crisis into growth and profitability. Here’s how they forged a fast friendship and brought a company back from the brink.

With Founder & President John Johnson at the helm, Creative Spaces Remodeling bubbled along on a normal, healthy growth trajectory for its first 6 years. That all changed when John and his wife were called away to handle a family emergency across the country.

“I thought I was leaving my company in good hands, but I gave one employee too much latitude. She falsified documents, signed bad deals, and cost me hundreds of thousands. By the time I realized what was happening,
we were so far upside down, I wasn’t sure if there was any coming back,” John explains.

John reached out to his longtime friend, Remodelers Advantage President Victoria Downing, for empathy and advice. As luck would have it, she was onboarding Wharton grad, financial guru and veteran business consultant Doug Howard. Victoria connected the two, and John became Doug’s first R/A client.

A Plan of Correction

Doug came in and quickly put monitors in place to track every dollar. “He was compassionate and understanding, but he grabbed hold of the situation and gave us the tools to make educated decisions,” John remembers. Doug used his relationships and credibility with the banks to procure crisis financing. “He told them, ‘I have a good person here who needs help,’ and he helped us structure the right loans to pay off the right things.”

It took about 18 months to “right the financial ship.” Now Creative Spaces has what John calls “Doug’s Incredible Spreadsheets” tying together all monies in and out. They’ve also developed a dashboard for real-time vitals at-a-glance. 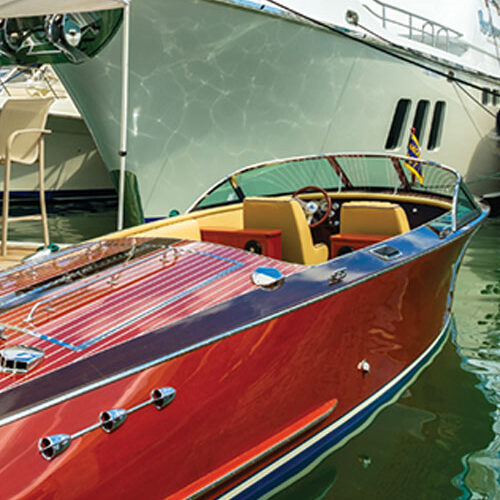 Builder reveals have long been the cornerstone of Creative Spaces’ marketing. The team loves throwing big parties to show off their work. When John and Doug turned their brainstorming energies to marketing, they came up with an innovation tailored to the company’s clientele, most of whom own waterfront properties; John started exhibiting at boat shows. He’s also growing his reputation as an industry thought leader, writing articles for Annapolis Home Magazine and Chesapeake Bay Magazine.

Be the Change, First!

Beyond finances, Doug helped John overhaul the company culture, telling him: “You need to be the one to change, first.” They worked to toughen up John’s management style and put processes in place to hold the whole team accountable.

John’s office bears the reminders of this epiphany. The word ACCOUNTABILITY is spelled out in 16” letters, spread across 8 feet of wall. There’s a sticky note on his monitor that simply reads: “Change your style!”

With Doug’s coaching, John has mastered the focus funnel. He’s eliminating, automating and delegating tasks. He also draws a stark line between working in the business and working on the business. The latter is the long-term, strategic planning that builds a company’s value.

John used to have his fingers in every aspect of Creative Spaces. He estimates he spent only one hour a week working on the business. Now, his primary role in the business is sales. Of course, he meets with and manages his team, but the rest of his time – an impressive 12 hours each week – is devoted to growing the business.

Having fought his way back from financial catastrophe, John found himself in a remodeling boom. Doug helped him staff up with R/A’s Hiring Edge Program. The two conducted a SWOT analysis to determine areas of greatest need and decided to hire an HR professional, 2 project managers, and a kitchen designer. Doug worked with existing staff to create the job descriptions, and then led the hiring charge, placing the ads and making initial contact with qualified candidates.

“Doug ran the process. My team and I made the decisions, but he gave us the tools and insights to accurately compare candidates to each other and to the positions we needed filled,” John explains. Doug also administered DiSC profile tests to final candidates. These assessments tell supervisors how their new hires best learn, how they like to be managed, and how they deal with stress. John took the test himself and was impressed with its accuracy.

Three years in, John still considers Doug’s counsel as invaluable as it was back in those dark days of the financial crisis. “I’m never letting Doug go. I was his first client, and I’m going to be his last. He’s the brutally honest guy I want by my side as we grow this company from $3 million a year to $20 million,” John asserts. “Between my optimism and his candor, we make an unstoppable team!” 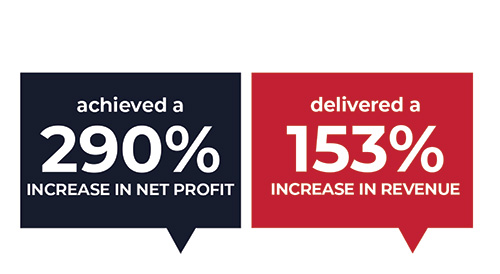 Please log in again. The login page will open in a new tab. After logging in you can close it and return to this page.

I confirm that I am choosing to opt-out of the new Roundtables membership, henceforth referred to simply as Roundtables (“Roundtables”).

By clicking below, you opt out and will be locked into the Legacy program for 2021. You will not receive an increase in dues, other than our standard inflationary annual dues increases. You will have the opportunity to opt in for the 2022 membership year. However, there will be no bonus given to future opt in cycles.

Please note that if you cancel your membership, you forfeit access to Legacy membership in the future. You may rejoin only as a Roundtables member.

Login To Come In